The Parent/StudentVUE portal is a component of the LPS Student Information System that allows parents/guardians to:

“High expectations for every child to succeed in our changing world.”

Clinton Elementary School has played an important role in the education of children in Lincoln, Nebraska since the mid 1800’s.  On July 29,1867 land was set aside for public schools. Clinton was one of the first schools created. The school began in a one-room building located near the Rock Island Railroad tracks and 27th Street. The first school building was constructed from 1890-91 at 29th and Clinton (only 23 years after Nebraska became a state.).  The school was named in honor of DeWitt Clinton who was the governor of New York in 1825.  Dewitt Clinton was considered a pioneer for democracy and is also remembered for his role in the successful construction of the Erie Canal. In 1925 the existing school building was built and opened November 18, 1926. (Source:1985 PTA)

As a Title I public school, Clinton serves a multi racial and ethnic student population that face serious challenges associated with living near or at the poverty level. These challenges threaten student’s academic success now and increase risk for academic failure in the future. We intend to increase opportunity, empower students and families, and diminish barriers. Our focus at Clinton is to ensure each of our students receives a high quality education that supports them reaching their fullest potential in our changing world. Our goal is for all students to meet or exceed minimum proficiency on State and Lincoln Public Schools achievement and academic assessments. We also partner with parents to nurture a sense of community, strong pride and character in our students.

Committed to our Students and their Achievement 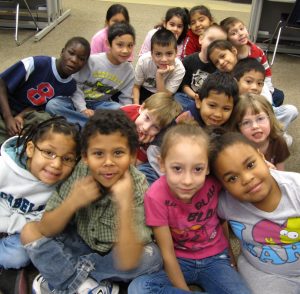